A Lesson in Winter Weather

Having changed our business around in the last few months I’ve been able to get out and about a bit more without feeling like I ought to be back at my desk all the time. Whilst I’m out in the morning, walking up to the school, instead of dashing home to get straight to work I’ve been taking the time to have a longer ‘commute’ – looping around the lanes for a 2/3/4 mile walk several mornings a week. I’ve been exploring places I don’t know at all despite having lived here for years now.

A couple of weeks ago it was a sunny but cold morning in the town, 500 feet above sea level but sheltered in the valley. I took a walk up some farm tracks and ended up coming down a path that despite being labelled as a track on all my maps (which usually means ‘passable by farm vehicles’) was very much a stony footpath that obviously turned into an almost-a-stream in the rain. Except it was cold and icy. So I was clambering down what felt like a frozen waterfall. Very carefully. I got home in one piece and told myself off for being an idiot for not turning around and going the long way back. I realised how easy it was to misjudge paths and weather conditions. I wasn’t going to do that again.

Two days ago we woke up to more snow than I remember seeing here before. 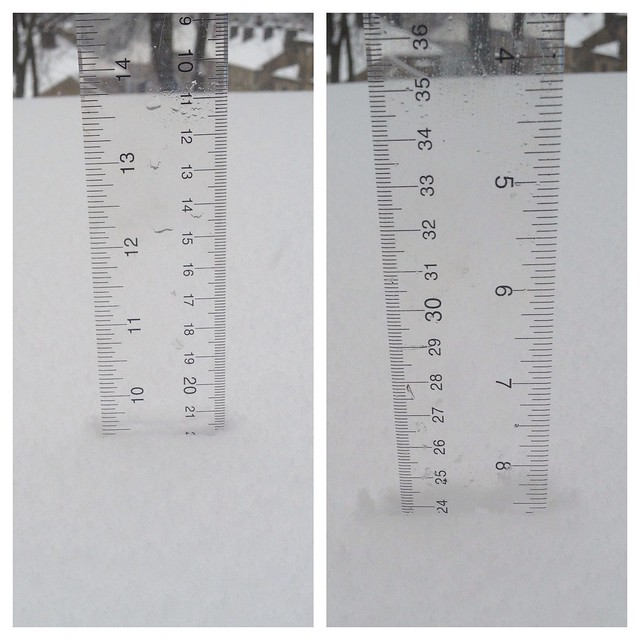 Over the weekend the roads have all been cleared and by this morning the town was, though still very white, back in civilisation again.

I decided there was no reason not to go for a walk. I picked a ~2.5 mile loop up the hills and back down into the town, no wandering off onto footpaths or anywhere I didn’t know. All on good roads that are usually gritted and ploughed. There was no problem getting up to the top of the hill and round. After about 1.5 miles, heading back towards home, I came across a stretch of road where snow from the field was blowing over the road. I stopped and took a photo to show how bad the snow drift was. Then walked through it – for about 50 metres or so it was complete white out walking down the road through the blowing snow. 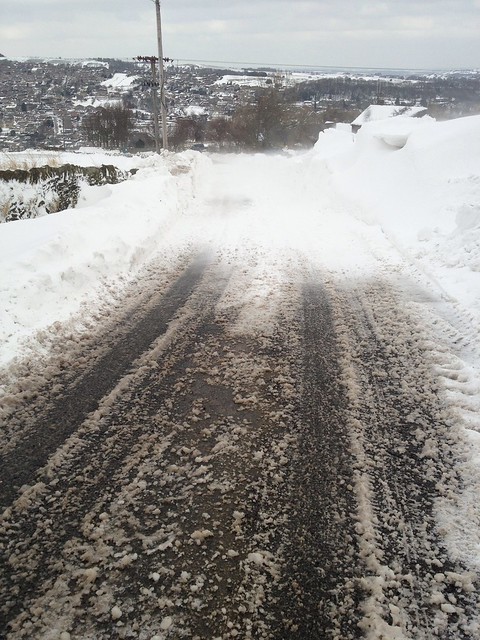 A little further on I found the road vanished beneath a snow drift. The gritters and snow ploughs clearly hadn’t managed to get along this stretch of road. 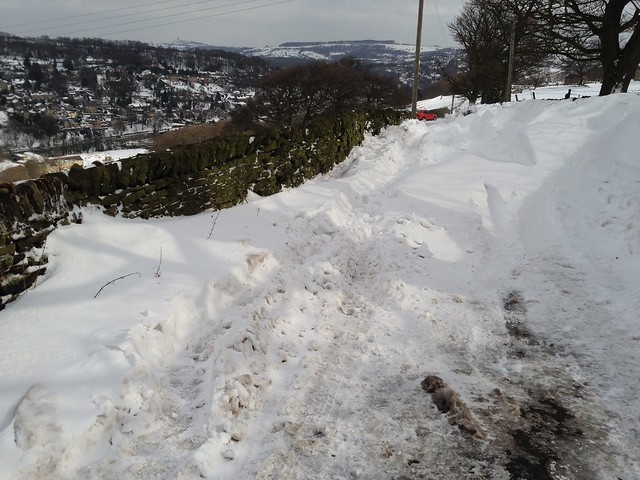 I carried on walking – how bad could it get? I really wasn’t that far from the town. 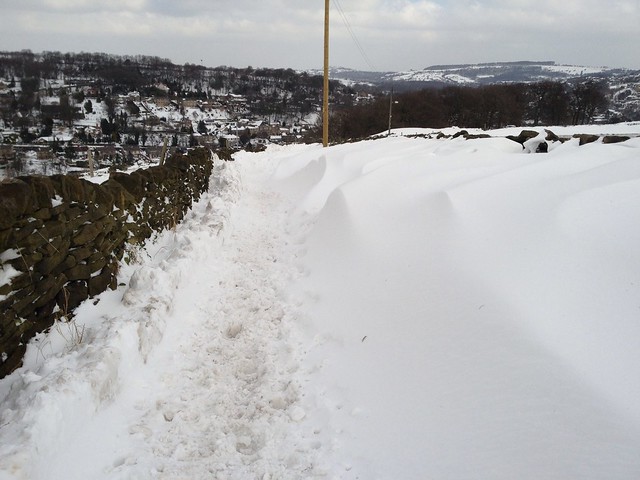 The drifts were getting worse but they must be nearly over. I was just about managing to find a path past them. Then it really got bad with snow banks completely across the road from side to side. 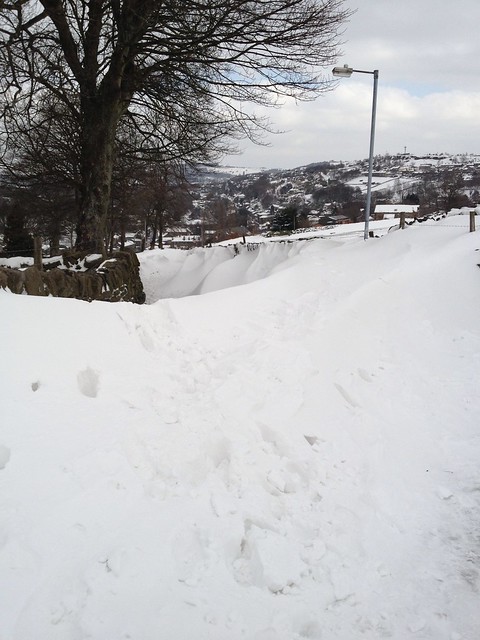 It’s easy to see how people end up in trouble on snowy hills though. This road has been fine in the snow before, and other higher roads were clear, but the local conditions here – the snow on the fields and the wind – made it very different to places that seemed similar. And, exactly as when I found the icy waterfall path the other week, I thought it was easier to go on than to go back.

Lesson learned I think. I hope. Also, I am very ready to greet spring!

Books Do Furnish a Room by Anthony Powell.

The Diamond Eye by Kate Quinn.

Alchemy: The Surprising Power of Ideas That Don't Make Sense by Rory Sutherland.